Mission: Better connect with the northern territory and help people discover it

Samuel is an Adventurer and author

Fascinated by expedition stories and the nordicity of Quebec, Samuel Lalande-Markon has carried out several adventures in remote regions by bike, canoe and ski. As an author, he is interested in the inner dimension of the adventure as well as the individual and collective relationships maintained with the territory.

Samuel cycled across Canada and then the United States, rode all over northeastern America, climbed high peaks in the western United States and Canada, Ecuador and in the Alps, trampled with his skis and snowshoes on the great white of winter Quebec.

As part of the 2018 and 2021 Transtaïga expeditions, he crossed Quebec by bike and canoe, first from south to north, from Montreal to Kuujjuaq, then from east to west, from Blanc-Sablon to Waskaganish, in the company of by David Desilets. In 2020, with Félix-Antoine Tremblay, he completed the first fatbike crossing of the Route blanche in the Quebec Basse-Côte Nord region.

His internal compass always points a little further north as he tries, in the winter of 2023, to reach the two extremities of Quebec by bike and ski during the Transboréale expedition, the first complete crossing of Quebec, undertaken with Simon-Pierre Goneau.

His first book, The Quest for Return, was published in 2021 by Les Heures Bleues. In 2022, he contributed to an adaptation of this adventure story into a documentary concert with the baroque music ensemble Les Boréades de Montréal. He regularly contributes to the magazine Espaces.

” The long course means the long duration, a slow and continuous expenditure of energy, a mastery of the inescapable destruction which awaits us all around the corner. ” 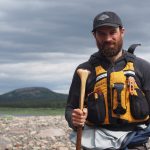 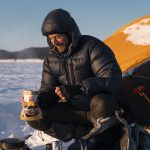 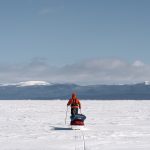 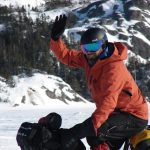 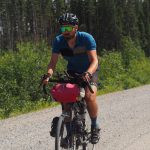 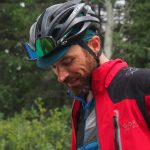 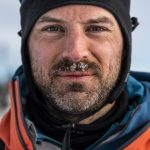 • 2017 — Mountaineering in Western Canada and the United States

• 2018 — Transtaïga Expedition: Montreal to Kuujjuaq, by bike and canoe

• 2023 — Transboreal Expedition: complete crossing of Quebec, from south to north, by bike and on skis

Discover our many points of sales

Treat yourself and start earning points!

Learn more
Free delivery on orders of $85.00 and more.