Mission : Helping people to fulfill themselves

Last spring (2019), Gabriel Filippi became the first Canadian to climb Everest 3 times. As if that were not enough, in less than 24 hours, he went on to climb the 4th highest peak in the world, Mont Lhotse. In addition, he is the only Quebecer to have climbed Everest by its two slopes.

His book, Instinct of Survival, is a best seller having reached the top 5 sales in Canada. He tells, among other things, how he avoided an attack by terrorists or 11 friends were murdered. Also, his survival at Everest base camp, which left 20 people dead in the Nepal earthquake.

Gabriel Filippi projects are both spectacular and innovative. His “Unexplored Summits” project became the advertising campaign for the 75th anniversary of the jeep. Produced by Discovery Channel, this series has won 7 awards internationally and nationally with over 350 million views.

For his 50th birthday, he, who had never swum before in his life, challenged himself. He decided to do an Ironman! This well-known race consists of a 3.8 km swim in the open sea, immediately followed by a 180 km bike ride to end the day with a 42.2 km marathon run.

A committed man, he joined various social causes both for the care and education of children and for the promotion and protection of the environment. He has been associated, among other things, with the Montreal Canadiens Children’s Foundation. As expedition leader, he achieved a world first by bringing a heart transplant to the summit of Mont Blanc while promoting organ donation.

An athlete on the Canadian team for The North Face, he is preparing for another adventure where his exploration never stops. 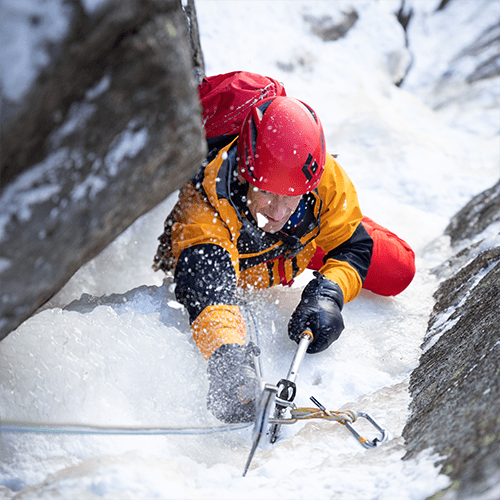 Discover our many points of sales

Treat yourself and start earning points!

Learn more
Free delivery on orders of $85.00 and more.